‘Feel the Punch’, an Animation short film crafted by students of Dilsukhnagar Arena was declared winner of the ‘Best Film Award’ in the 3D Space (Animation) Awards Category of the Bit Film-12 Digital Film Festival on 25 November, 2011.

An extremely funny short film, ‘Feel the Punch’ was conceived and animated by students of Dilsukhnagar Arena as part of their industry-oriented Animation training program. The Academy offers revolutionary Animation training and has been setting the standards in Digital Media Education ever since inception in 1998.

Students of the Academy have been dominating the awards circuit and have brought home 37 prestigious awards so far at various national and international film festivals: the latest being 'Feel the Punch'.

By far the most popular film in its category in India, ‘Feel the Punch’ is a rage on Youtube with its video having registered over 8.5 clicks (8,54,947 as on Nov 26, 2011). No other film in this category has been able to even come close to this extreme adulation on Youtube. What’s more, Dilsukhnagar Arena has won seven coveted awards so far: another impressive and unrivalled achievement. The coveted award at Bit Film-12 Digital Film Festival marks a glorious milestone for the ‘Feel the Punch’ as well as Dilsukhnagar Arena as it happens to be the first international award for the film as well as the Academy. 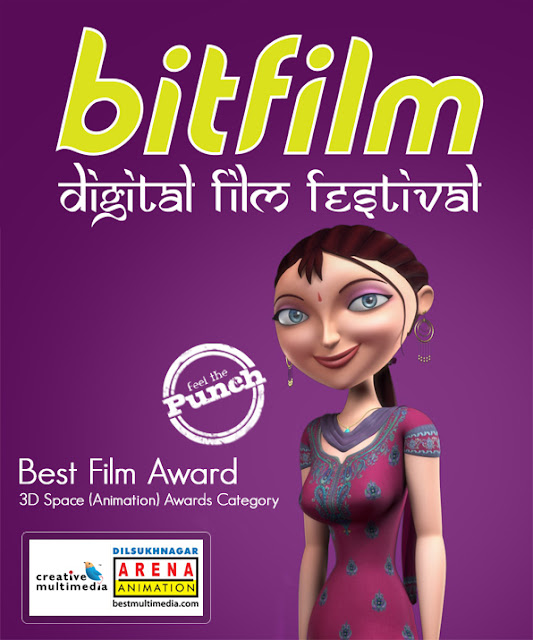 Posted by Dilsukhnagar Arena at 3:36 PM