Dilsukhnagar Arena students once again demonstrated their class at the awards circuit by capturing two nominations in the Student Category of ASIFA’s  IAD-2011 Awards of Excellence for their 3D Animation Short Films ‘Twisted’ and ‘Cecelia – The Balcony Girl’. The winners will be declared at a sparkling function to be held at Mumbai on November 6, 2011.


Out of a total of 12 nominations in the Student Category, Dilsukhnagar Arena captured two nominations, the highest by any Academy at these Awards.

Both films are comic thrillers with distinct themes. The films were crafted by Dilsukhnagar Arena studetns as part of the internship program at DNA Inc. (Dilsukhnagar Arena Incubation), the talent transformation initiative of the Academy which aims to groom studio-ready CG Artists. 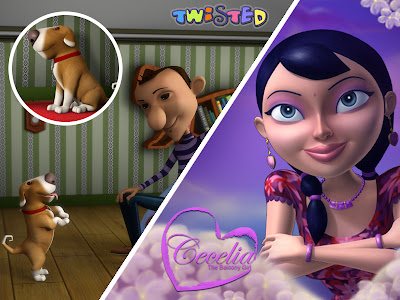 ASIFA’s International Animation Day (IAD) is an annual global celebration aimed at recognizing the people involved in the art and technology of animation.

The festival is celebrated every year with great pomp. Since its start in 2002, IAD has been a film festival that has provided Indian animation artists, a platform to interact and build a community. Being amongst the first animation festivals in India, IAD has been actively supported by the artist’s community and the industry at large.

This year's celebrations, IAD 11, in India will be celebrated at various locations throughout the country (Mumbai, Indore, Hyderabad, Pune, Bengaluru, Chennai, Kochi, Calicut, Thrissur and Trivandrum) between November 6th and November 13th. Some of the cities will have day long events and in some cities, screening of animation content will take place. Several entertaining and enriching programs/session have been lined up for the celebrations. The festival moves to Hyderabad on November 13, 2011.
Posted by Dilsukhnagar Arena at 3:03 PM