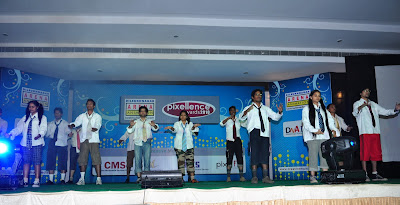 Dilsukhnagar Arena celebrated the new edition of its annual Pixellence awards  at Nimantran Palace , Nagole X Roads, Hyderabad on Sunday, the 30th of January, 2011. The venue wore a festive look and was dotted with life-size displays of the 3D Character Models and posters of Short films created by students of Dilsukhnagar Arena. Excitement was in the air as the 1500-seater air-conditioned auditorium was packed to capacity well before the celebrations began.

The celebrations kicked off at 4.00 pm with an enthralling dance performance by a student. A string of entertaining performances including some hilarious skits, slapstick comedy and stand-up comedy bits and Television show Spoofs added to the entertainment quotient. The highlights of the celebrations were a high-voltage, applause-amplifying, foot-thumping group dance performance by an ensemble cast comprising students and staff apart from a singing spree by Mr. L. Satyanarayana (fondly addressed as Satyam Sir), a senior Adobe-Certified mentor at Dilsukhnagar Arena who arrested the audience with his mellifluous voice and literally stole the show with his authentic rendition of the foot-tapping ever-green numbers ‘Dil Kaa Aalam’ and ‘Ab Tere Bin’ from the smash-hit ‘Aashiqui’. 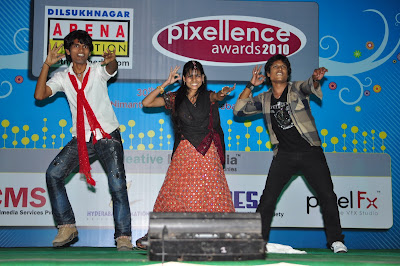 A few Dilsukhnagar Arena alumni addressed the students and inspired them with their career experiences and success stories. They recalled their old days at Dilsukhnagar Arena and expressed their gratitude to the MD & CEO, Mr. Raja Sekhar Buggaveeti for providing the ideal platform for pursuing a successful career. The celebrations climaxed to the Awards distribution ceremony with 40 students receiving Pixellence Awards for their outstanding work in various categories of Digital Art. Over 400 entries were received and given the high quality of submissions, the jury had a tough time picking the winners. 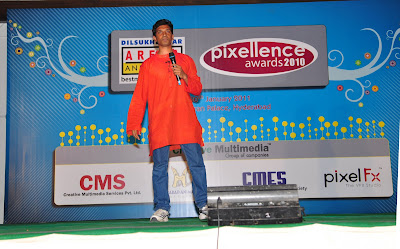